Mosaic Football makes its debut in 2020 and is loaded with parallels, inserts and autographs of all the best rookies, current stars and retired legends the NFL has to offer.

Only found in retail chase exclusive inserts which include Will to Win, Flea Flicker, Touchdown Masters, Got Game?, and Old School!

Hunt for exclusuive colored parallels that can only be found in different retail skus!

BASE: Collect a 300-card base set with all the top stars and retired legends the NFL has to offer!

BASE ROOKIES ORANGE FLUORESCENT: Only found in the Blaster SKU look for Orange Fluorescent parallels of all the top rookies, stars and legends of the NFL.

GOT GAME: Only found in retail chase the following inserts across all skus Will to Win, Got Game, Flea Flicker, Touchdown Masters and Old School.

ROOKIE SCRIPTS: Only found across retail skus look for the Rookie Scripts Autographs. 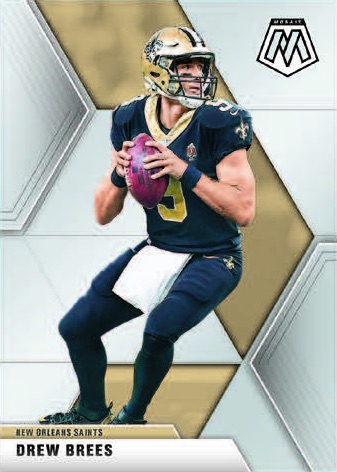